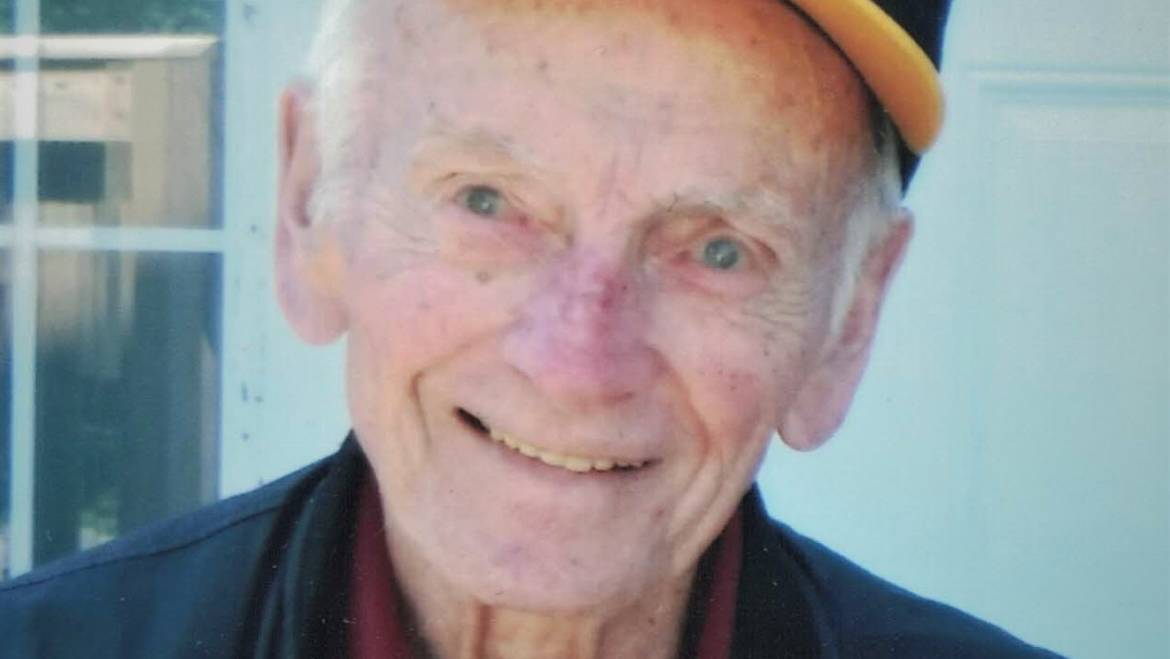 Arthur had a wonderful wit, sense of humor and a twinkle in his eye that he kept to the very end. He passed away peacefully in his sleep on August 21, 2021, at the age of 96 years, at the Camp Hill Veterans Memorial Building in Halifax.

Arthur is warmly remembered by numerous nephews, nieces, great nephews, and great nieces across the country.

Arthur volunteered and served valiantly in the Navy overseas in WWII aboard HMCS La Hulloise. He subsequently worked many years in the carpentry and construction trades, primarily in Halifax, and later moved to Truro for a few years, before returning to Halifax in early 2020.

Arthur was a long-time member of the Canadian Legion, as well as an active political campaigner, most recently for Lenore Zann, for the Federal election of November 2019. He was a gifted writer and cartoonist of family stories, all including his wit and humor, and an exceptional folk artist, painting ships on fences, building whirligigs and constructing many copies of his famous Cape Breton “two-holer” outhouse.

Sincere appreciation to all the staff of Jubilee 6West at the Camp Hill Veterans Memorial Building in Halifax for sharing conversations and providing compassionate care. A very special thanks to Thelma, for her unending friendship, and kindness to Arthur through the years, including his time at Camp Hill.

A private family service will be held at a later date.