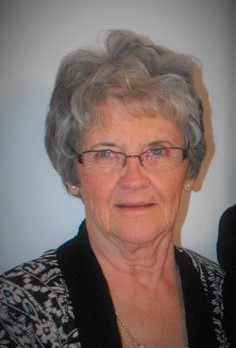 It is with great sorrow and deep sadness that we announce the passing of our mother, Alberthe, on Saturday, July 30, 2022 at the age of 83. Alberte was a resident at Foyer Père Fiset in Chéticamp.

Alberthe was the daughter of the late Placide Chiasson and the late Helène (Nellée) LeFort. She is survived by her husband, Edmond; sons, Adalbert (Claudia) and Omer (Angèle); grandchildren, Janelle (Patrick) an Christien (Megan); sister, Sophie Fulmer.

Besides her parents, Alberthe was predeceased by her brothers, Arthur, George, John Joe, Daniel; sisters, Yvonne, Mildred and Leona.

Alberthe was at her happiest in her kitchen, cooking and baking for her family. Her calling was to serve, first with taking care of her mother, her children as they were growing up and loving her grandchildren. Her favorite pastimes were word puzzles, keeping up with the news and walking. She especially loved reading The Inverness Oran front to back.

Visitation for the late Alberthe AuCoin will be held in Église Saint-Pierre, Chéticamp on Wednesday, August 3, 2022 from 9:30 to 10:30am followed by funeral mass at 10:30am with Father Pierre Antoine St. Cyr officiating. Interment in the parish cemetery. Memorial donations in memory of Alberthe may be made to Foyer Père Fiset.