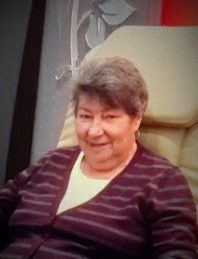 Age 79 – Chéticamp/St. Joseph du Moine:    It is with great sadness that we announce the passing of our Mom, Gisèle LeBlanc on Friday, January 20th, 2023 at Foyer Père Fiset Guest Home. Born in Eel River Crossing, New Brunswick she was the youngest daughter of the late William and the late Octavie (Ploudre) Savoie.

She was a devoted schoolteacher with many beautiful stories of her past students. She enjoyed spending time with family and friends and living life to the fullest.

Donations may be made in Gisèle’s memory to the Alzheimer’s Society.