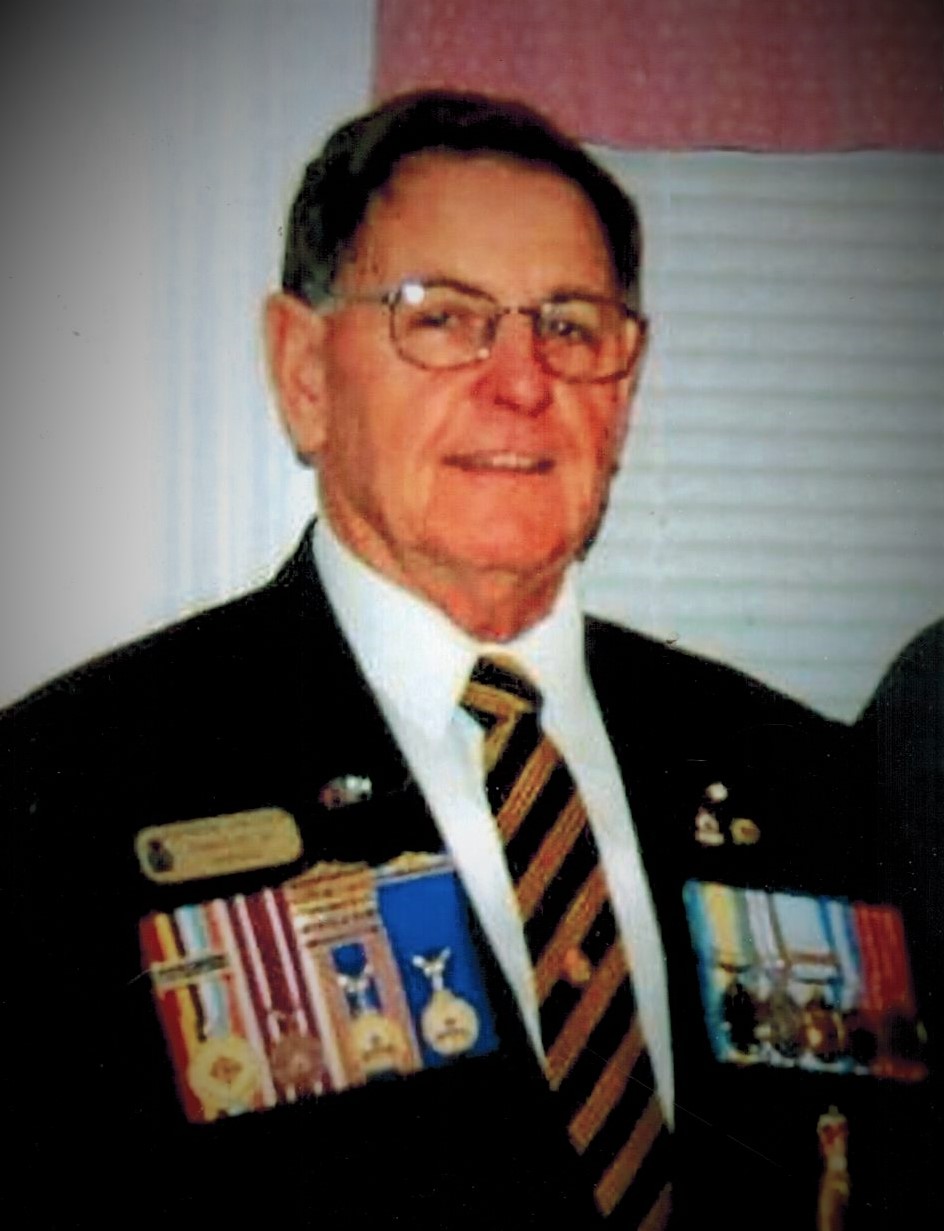 Age 88, Cheticamp, passed away peacefully on Wednesday, May 18, 2022 at the Foyer Père Fiset Guest Home, Cheticamp. Born in New Waterford, Raymond was the son of the late Ben Luc and the late Sadie Jane (Poirier) Chiasson.

He married Marie Helen (Aucoin), and they moved to Debert, where he was stationed, and then to Gagetown before moving to Toronto, Ont. He retired from Loblaws, and they then moved back to Cheticamp.

Raymond was a loving Dad, grandfather, and great-grandfather. He was a Korean Vet, and a member of the Legion, Branch 32, Cheticamp. He loved to play the guitar and sing with his brothers. He also loved to travel.

Raymond is survived by his sons, Ronnie (Barb), and Raymond Jr., both from Ontario, and Kevin, Calgary, Alberta; daughters, Wilfredine (Reg) Bennett, Bernadine (Mark) Chiasson, and Gail (Francis) Aubee, all of Ontario, and Joyce Chiasson, Cheticamp; 12 grandchildren and 16 great-grandchildren; and someone special to the family, Sophie, who was like a daughter to him; brothers, Peter Paul (Claudette), New Brunswick, and Melvin (Paula), Ontario; sisters-in-law, Evelyn, Calgary, Alberta, and Dorothy, Sydney.

Besides his wife Marie Helen (Aucoin) Chiasson, Raymond was predeceased by his brothers, Daniel and Angus.

Cremation has taken place. A funeral service will be held at a later date.

Donations may be made to Foyer Père Fiset Guest Home, Cheticamp.