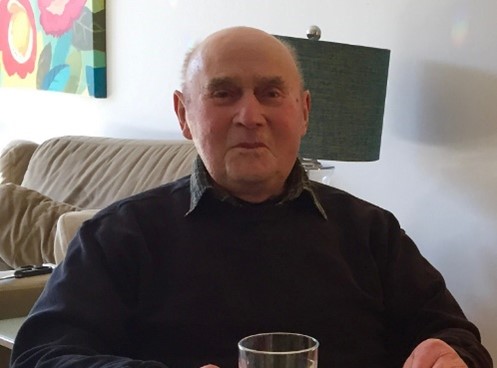 It is with sadness that the family of Joseph (Joe) Chiasson announces his passing on May 25, 2021 at the Sacred Heart Community Health Centre, Chéticamp at the age of 88.

He is survived by his son Maurice Chiasson; brothers, Wilfred (Olive) and Richard (Eva); sister, Eleanor (Ellie), who was married to the late Alec Buckles. Also survived by special niece Angela Poirier, her husband Alexis and their son Axel. He was predeceased by his wife Marie-Luce in 2003; sister, Germaine (Clarence Aucoin); and brothers, Hector, Hilaire and Arthur.

Joe was a professional lumberjack and spent many years plying his trade in the highlands of Cape Breton near his home. He was an avid outdoorsman and spent many hours fishing, or riding snowmobiles, and trapping in the same mountains where he earned his living.

He moved from St. Joseph-du-Moine to Halifax 18 years ago where he lived with Maurice. He enjoyed watching the Montreal Canadiens, and would not admit it, but also would never miss his favorite soaps on TV. He was also one of the only people on the globe who actually enjoyed shovelling snow.

The family would like to thank the caring staff at the QE II and Sacred Heart Community Health Centre in Chéticamp. A special thanks, as well, to Eileen Gillespie and Gilles Deveau for their support and kindness.

In lieu of flowers, a donation to the Canadian Heart and Stroke Foundation would be appreciated. A funeral mass, celebrating Joe’s life will be held at St. Joseph’s Church, St. Joseph-du-Moine, at a later date.