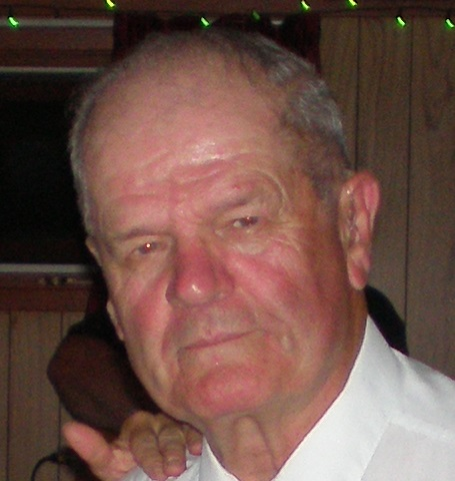 Age 90, of Chéticamp, Inverness County, passed away peacefully on Wednesday, August 28th, 2019 surrounded by his family.  Born in Chéticamp, he was the son of the late Anselme and the late Zoé (Deveau) Boudreau.  Gérard loved working outdoors at his cabin on Chéticamp Island, playing crib, listening to fiddle music and french Acadian songs and spending time with family and friends.  He was a devout Catholic and parishioner of Église St. Pierre, Chéticamp.  He was a community leader all his life, as a local business owner (Chéticamp Welding and Machine Shop) since 1958, member and later Chief of the Chéticamp Volunteer Fire Department, and a member of the 4th degree Knights of Columbus.  Gérard loved his home community of Chéticamp and spent his entire life contributing to its development and ensuring that people always remembered and understood its history.  Chéticamp would not have been the same without him.  Among his many accomplishments, both big and small, were the installation of interpretive signs on the Quai Mathieu to explain the history of the local Gypsum Mine; the publication of the history of the Chéticamp Volunteer Fire Department, and his father’s memoirs (from which he contributed the profits to the installation of the cross at the new community cemetery).  But to us, his children and grandchildren, he was simply our beloved Pape and Pépère: a good and kind man.  We will miss him.

Gérard is survived by his wife of 52 years, Dorothy; his children Denise (Lawrence), Géraldine (Joe), Geoffrine (Mark), and Harold (Kristen); his grandchildren Alex, Sam, Ben, Gabby, Henry, Thérèse, Moira, Connor, and Kathryn; great grandchildren Ben and Isabela; brother Edmond; and many nieces and nephews.  Predeceased by brothers Wilfred, Arthur, Tassien, Simon Pierre, Laurent, and sisters Marie Yvonne, Bernadette, and Beatrice.  The family wishes to thank Dr. Sonier and the nurses at Sacred Heart Community Health Centre, and Drs. LaPierre, McGory and Klassen and the nurses at the Cape Breton Regional Hospital, for the excellent care and kindness they gave our father during his illness.

Visitation at the Chéticamp Funeral Home on Sunday, September 1st from 2-4 pm and 7-9 pm.  Funeral mass will be celebrated at Église St Pierre, Chéticamp, on Monday, September 2nd at 10:30 am., with Reverend Bill Burke officiating.  Interment at a later date.  In lieu of flowers, donations may be made to the Canadian Cancer Society.