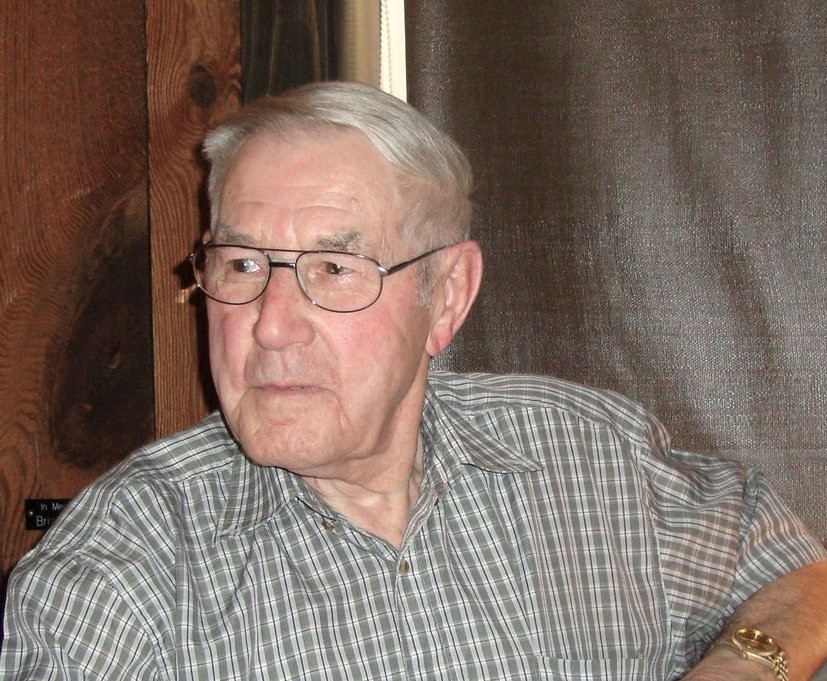 It is with profound sadness that we announce the death of Louis-Joseph Maillet of Cheticamp.

Louis-Joseph passed away at the Camp Hill Veterans Memorial Hospital on February 12, 2021 at the age of 94.  He was the son of the late Lubin Maillet and the late Catherine (Chiasson) Maillet, and the husband of 61 years to late Marie-Helen Aucoin.

Louis-Joseph served in the merchant navy during WWII, and was later involved in the lobbying to have the merchant sailors recognized as official war veterans. He was a member of the board of directors of the Canadian Legion Branch 32 in Cheticamp, and the last surviving WWII veteran in Cheticamp.

After the war, he started a well-drilling business in which he proudly dedicated his efforts until he retired in the early 1990’s. He was affectionately known by the people of the greater part of Cape Breton Island as “The Well Driller from Cheticamp” (“Creuseux de puits”). He also sat on the board of the Well Drillers Associations of Nova Scotia and Canada.

He was actively involved in his community both during his working and retirement years. He was president of the local Arena and Golf Club, served a 4 year term as municipal councillor from Cheticamp in Inverness County, sponsored minor hockey and was the leader of the local Boys Scout Troop. In his later years he was chairman of the residents’ committee of the Résidence Acadienne. He even had a shot at acting in the short film “Tapis de Grand-Pré” in which he played the leading role.

In his younger years he would play the guitar and sing during family gatherings and parties. The rumor goes that he was an inspiration for some younger members of the family and other friends to study music and take up guitar playing. During his retirement years, he indulged in jigsaw and word puzzles (cryptograms), not to mention eating “fish & chips”, drinking tea and of course dark rum.

He will be missed by his friends and those close to him for his ”joie-de-vivre” and his love of people. His positive, laidback, and down to earth approach to life transpired in his many memorable quotes such as: “ça pourrait aller mieux mais ça coûterait plus cher” (“Could be better but would cost more”).

The family wishes to thank the staff of the Camp Hill Veterans Hospital for their dedication and kindness during the time our dad was a resident and patient at the facility.

A funeral mass and burial will be held in Cheticamp at a later date.