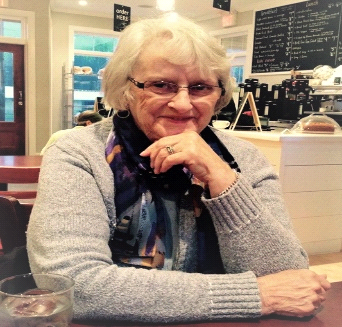 Age 84 of Margaree Forks, NS. It is with great sadness that we announce the death of our beloved Mother, Grandmother, Great-Grandmother, sister, aunt and friend who passed away suddenly at home on May 7, 2021. Lorraine had a generous heart and was respected by those who knew her.  She was a lady of great Christian faith, as evident by her volunteer work at various churches throughout her life. She was an active member in her community and a lifetime member of St. Michael’s CWL. As the eldest child of 11 children, she was expected to contribute to the household income so had to reluctantly quit school at an early age. She eventually got a job as a nursing assistant at Sacred Heart Hospital in Cheticamp prior to having children and then later worked as a nursing assistant at the Inverary Manor until she retired.  Mostly self-taught, Lorraine could turn her hand to anything – as a seamstress, gardener, and quilter. She also demonstrated her creativity through the many crafts she enjoyed doing and sharing with others. There was no chore too big. Lorraine led by example, and even in her later years put the needs of others before her own, continuing her role as caregiver. She was devoted to her family – a mom to everyone and a friend to all. To know her was to love her. She also took great pride in her appearance and would never leave home without a little blush and lipstick. Lorraine was known for her compassion, being soft spoken, her meat pies and fruit cakes, and being an avid Toronto Maple Leafs fan. She was there to greet you at the door and stood at the window, waving goodbye – asking her children to call when they reached their destination. Like her husband, Christmas was her favourite time of the year for family gatherings and went all out decorating for the season inside the home, and proudly watched as family decorated outside so that the house would be brightly lit at night for everyone to enjoy. Family was everything to her.

She is survived by her children – Christina, Denise (Isadore) Murphy, Cyril (Arlene), Bernice (Frank) Aucoin, Elaine, and daughter-in-law, Tammy. Nannie’s/Grandma’s skin was as soft as her nurturing heart and will be missed by her grandchildren; Jamie (Katie), Melanie (Howard) Burns, Patrick (Racheal), Shamus (Noelle), Shannon (Michael) Lawson, Savannah (Evan) Murray, Dawson, and great-grandaughter, Jaielyne.  Siblings; Bernie (Louise), Ethel (Franklin), Hubert (Juliette), Michel (Linda), Jean-Albert (Patricia), Lucy (Joe), Lubie, Linda (Roland), Anita (Andre), and Stella (Kenny); many nieces and nephews, and large extended family. She was predeceased by her parents, Peter and Antoinette, her husband Leonard and her son Victor. Due to Covid restrictions, a funeral mass will take place at a later date. Donations can be made to a charity of your choice.