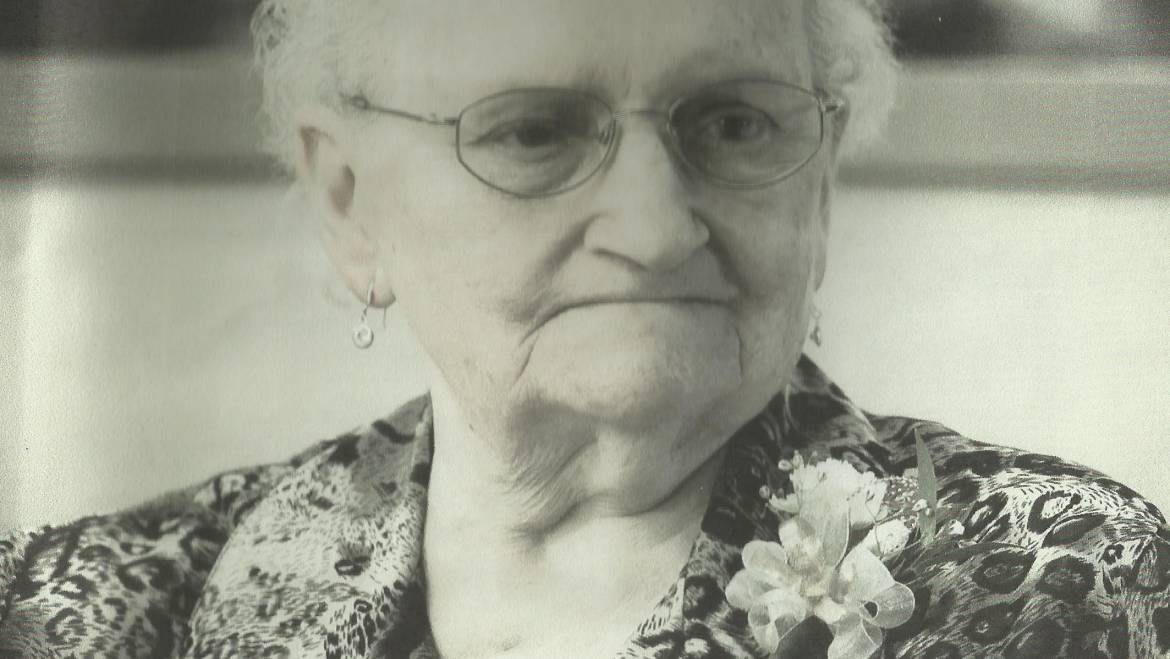 Age 97, Chéticamp, passed away peacefully with her daughter, Marie Jeanne by her side, on Sunday, November 1, 2020 at the Foyer Père Fiset Guest Home, Chéticamp. Marie Sophique was a daughter of the late Joseph Placide and the late Judique (Muise) Larade.

Married at a young age, Marie Sophique lost her young son at the age of 21 months and then 3 months later, her young husband, Pierre. She was 4 weeks pregnant with her daughter, Marie Jeanne. Marie Sophique moved back home with her parents and after losing her Mom who died at 46 years of age, she took care of her younger siblings. She stayed with them until they were old enough to be on their own. Marie Sophique worked at Sacred Heart Hospital as a kitchen helper for 17 years. She then married her second husband, Josie Roach.

Marie Sophique loved playing La Dame de Pique with her daughter, almost every day, even in the past years with her eyesight getting worse. She loved getting visitors. She was always happy to see anyone and would recognize them by their voices. To her siblings, she was like a mother, and they considered her daughter Marie Jeanne as much a sister as their niece. She is now resting in peace with her loved ones, no walker, no pain, no more darkness, as she is able to see everyone (as she would often say…it is so dark in here. Toi, la plus belle femme au monde, nous t’aimons tante Marie Sophique.

The family would like to thank the staff of the Foyer Père Fiset, Doctors, and Gerald LeBlanc for his visits, stories, and prayers.

Cremation has taken place. There will be no visitation. Funeral mass will be held in Église St. Pierre, Chéticamp, on Friday, November 13, 2020, at 10:30 AM (invited guests only), with Father Pierre Antoine St. Cyr officiating. Masks are required. Burial in parish cemetery at a later date. Donations may be made to a charity of one’s choice.

Mom, Rest in Peace, from your loving daughter, Marie Jeanne, your grand-children and great-grandchildren.