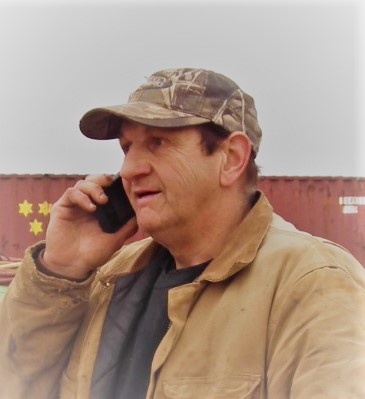 Age 71, Chéticamp   It is with great sadness that we announce the sudden passing of our Dad on November 14, 2019 in Belle Côte, NS. Raymond was born on October 16, 1948 in Chéticamp, NS to the late Henri Deveau and the late Marie Therese Cormier. He was a husband, a dedicated father, pépère, and a business visionary who truly leaves a legacy behind. His determination, tenacity and work ethic were simply unparalleled, to be honest, he defined hard working. He started his business career as an owner and welder at Industrial Welding Ltd in Chéticamp and throughout his entrepreneurial life formed multiple successful businesses and in time created a diverse and admirable portfolio.

He could be found most early mornings enjoying coffee with the guys at his Chéticamp Marina before working 12 hour days. He had a very strong sense of community for his hometown, he made a profound impact on helping his small community thrive and was pivotal at turning ideas into reality.

He loved the outdoors, four wheeling, snowmobiling, hunting, and spent much time in Newfoundland each year moose hunting (he never came back empty handed). He loved nothing more than telling jokes, a good card game or party at his camp where he could sing country and bluegrass for hours. His beloved little band “Ray and friends” played for many community fundraisers throughout the years. He loved his kids more than life itself and for them, the sky was the limit. He also loved spending time with his only grand-child Mila, and sharing popsicles and all things ice cream with her. He had a huge presence and an even bigger personality.  He was one of a kind and he will truly be missed.

Raymond is survived by his loving wife Beatrice, his children Randy (Tanya) of Chéticamp, NS; Lorna (Guy) of Bedford, NS; and grand-daughter Mila Ray, Chéticamp, NS. He is also survived by his sister Patricia (late Henry), Jean (Art) and Diane of Mississauga, Ont; numerous nieces and nephews. He is predeceased by his brother Roger and son Darrell who passed in infancy.

Cremation has taken place. There is no visitation by Raymond’s request. The funeral will take place at Église Saint-Pierre, Chéticamp, NS on Saturday November 23, 2019 at 2 pm with Deacon Greg Murphy officiating.