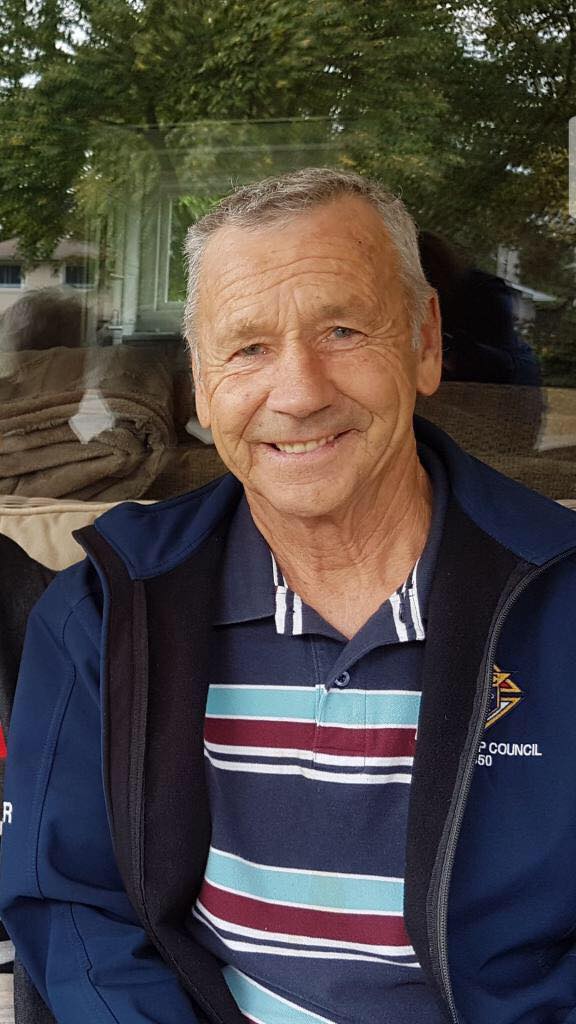 Age 67, passed away peacefully on January 27, 2018, in Sacred Heart Community Health Centre, Cheticamp, with his wife, Marie Jeanne by his side. Born in Cheticamp, he was the son of the late Joseph and Bella (Gaudet) Delaney. Roger worked in Toronto and London, Ontario most of his life before returning to his native Cape Breton Island. Roger was a member of the Knights of Columbus, Council # 3850 and liked doing volunteer work for the association. He was a happy-go-lucky guy who had a great sense of humor and enjoyed singing, dancing although he never mastered the waltz; taking part in kitchen parties, cheering for his favorite NHL team, the Montreal Canadians and spending time with his family and friends. He will be greatly missed by his wife of 14 years, Marie Jeanne Doucet; mother-in-law, Marie Sophique Roach; step-daughter, Debbie (Paul) Logher, London, Ontario;stepson, Wayne (Julie) Doucet, London, Ontario; brother, Chester Delaney; sister, Ethel Hache and Sylvia Aucoin; grandchildren, Brent Doucet, Mark Doucet and Erika Logher; nieces and nephews. He was predeceased by his sister, Marie Zelina LeBlanc; nephew, Billy Aucoin; brothers-in-law, Joseph William Aucoin, Paul Hache and Elias LeBlanc. Visitation will take place on Saturday, February 10, 2018 in St. Joseph’s Church, St. Joseph du Moine at 9:30 a.m. till time of funeral mass at 10:30 a.m. with Father Peter LeBlanc officiating. Burial in the parish cemetery. In lieu of flowers, memorial donations may be made to the Cancer Patient Care Fund of the Cape Breton Regional Hospital Foundation. A celebration of life will be held at the K.O.C. Hall in Point Cross after the funeral mass. Funeral is under the direction of Cheticamp Funeral Services Ltd.