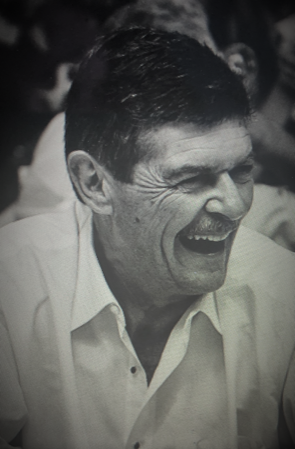 It is with profound sadness that we announce the passing of Donnie Deveau, 65, of Petit Etang, NS after a brief battle with cancer on Sunday, September 4, 2022 at Sacred Heart Community Health Centre, Cheticamp. Donnie was born on July 3, 1957 in Cheticamp, NS to Isabelle (Chiasson) and the late Thomas Deveau.

Donnie was a 40+ year member of UA Local 682 United Association of Plumbers & Pipefitters of Sydney, NS and Local 146 of the International Brotherhood of Boilermakers, Edmonton, AB.  His career took him to many projects and places in his lifetime and many fond friendships came from his travels.  In 1986, he realized the dream of spending some time on the water when he bought a crab fishing enterprise in Area 19 off his beloved Cheticamp.  This allowed him to spend more time at home with his growing family.   He loved being on the water and went on to grow the business, eventually expanding into the groundfish fishery in the gulf and the tuna fishery off southwestern NS. He would remain captain aboard the MV Sonya Lynn, lovingly named after his beautiful daughters, until the Cod moratorium when he retired from the fishery and returned full time to construction.

There was always a plan after becoming empty nesters and that was to travel together and work would determine the destination, there was so much left to do.  In 2010, empty nest status achieved, Donnie and Karen closed the house and headed out west to Fort McMurray, it seemed the logical place and after all, their first grandchild was on the way. Cheticamp would be a summer gathering place for the family and a place for future retirement.  Donnie would spend the last 10 years of his career as part of the Suncor Oilsands family in Fort McMurray in the coker department where he was a valued and respected member of the team.  While they jokingly referred to him as the old guy, he usually retorted that he knew more than they would ever know, and all agreed that was likely the truth.   Travel plans ended there because work was abundant, and family was close. Donnie would remain there until Covid 19 had him retire home to Cape Breton where he would putter and welcome visitors into his garage and if you ever needed a tool, something fixed, a cold one, a bit of advice (or a lot), or just a good stern pep talk, you knew you’d find it there. You didn’t need to look any further.

Special thanks to Drs. Paul Sonier and Amélie Maillet, Johanne Doucet, and all the medical staff at Sacred Heart Community Health Centre for everything you have done. There are truly no words to fully describe how wonderful you all are.  We would like to acknowledge the Sacred Heart Hospital Foundation and ask that if you wish to make a donation in his memory, please donate to the foundation that cares of and gives comfort to people like Donnie who require special care and support in their end-of-life journey.

Because of Covid restrictions, there will be no visitation or funeral at this time. We will all meet in Cape Breton at a later date and in respecting his wishes, as a family, we will take one last sail with him to his favorite fishing grounds to scatter his ashes in the Gulf of St. Lawrence.

“What feels like the end of the world is really a pathway to a far better place.”