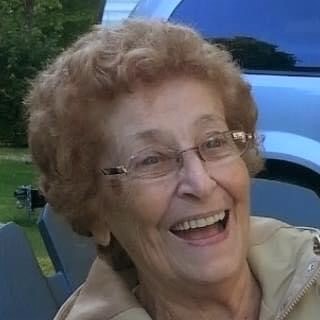 Age 84, Cheticamp, passed away peacefully on Tuesday, June 9, 2020 at the Foyer Père Fiset Guest Home, Cheticamp. Born in the former village of Cap-Rouge, now part of the Cape Breton Highlands National Park, Marie Helen was the daughter of the late Christophe and the late Emma (Roach) AuCoin.

Married, when she was only 18, she followed her husband to Debert, where he was stationed, then to Gagetown before moving to Toronto, where she worked at Garlock Canada. In 1996, they retired to her hometown of Cheticamp. She was a great mom, grandmother, and great grandmother. She was a good cook and always very joyful and had a good sense of humour. Her favorite pastime was playing cards and bingo. She was always welcoming with a cup of tea and sweets.

Cremation has taken place. A funeral mass will be held at a later date. Donations may be made to Foyer Père Fiset.